Relationships are weird. Most people spend time proclaiming what they would do once they get into a “perfect” one only to do the complete opposite few months after getting into it. Football is worse. Both fans and players will proclaim their love for each other yet turn on each other the moment things go south. 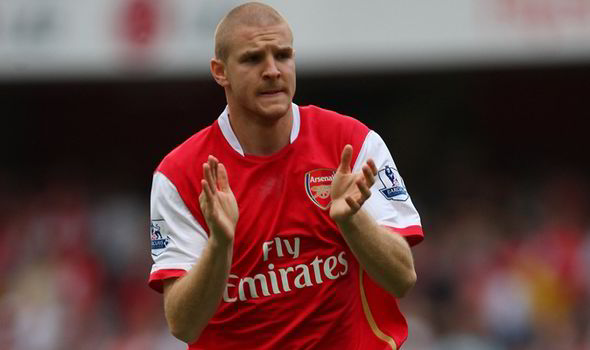 Granit Xhaka like his fellow countryman Phillipe Senderos comes off as someone who has a permanently etched angry soul. Whether it’s down to his natural facial expressions or the fact that he had an incredibly hard childhood remains to be seen but he is definitely the kind of player you won’t catch smiling often.


After Sunday’s ugly incident where he got jeered off and booed as Arsenal trailed 2-2 against Crystal Palace and the Gunners’ captain was being subbed of, the Swiss reportedly showed the fans how much of a bleep he gives.

It is one thing to be taken off a football pitch by your coach in hopes that the person he is substituting you with helps your team win the game but it is completely another different matter when you are literally the leader of the squad, gets subbed off and booed in the process by the people who claim to love you on days the sun shines.

For Xhaka though, after team coach Unai Emery appeared to tell journalists that he will handle the situation and quite possibly get the Swiss to apologize, his latest Instagram post has offered little to no remorse.

The 27-year-old replaced his profile picture where he was wearing an Arsenal jersey to a new one where he was putting on Switzerland’s national soccer team jersey.

Given that the incident on Sunday is still fresh in the minds of the fans, his latest antics will do anything but endear him to them.