Philippe Senderos was eligible to play international football for Spain or Serbia through his parents, but he opted to represent Switzerland. The defender represented the Swiss team at all levels as from the under-15 team. Philippe Senderos led the Switzerland under-17 team to the title at the UEFA European Under-17 Championship in 2002. 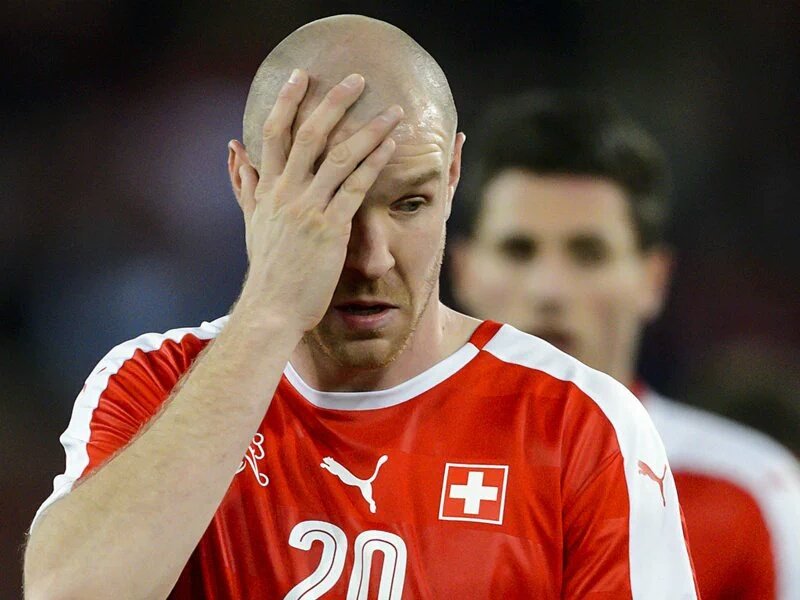 Senderos played his first game for the Swiss senior national team during the goalless draw with France in Paris on March 26, 2005. He scored his first goal for Switzerland on the occasion of his fifth cap against  Cyprus on September 7, 2005. Philippe Senderos scored one of the goals on the way to a 3-1 win for the Swiss team.

Philippe Senderos played his part in getting Switzerland to the 2006 FIFA World Cup tournament in Germany via the playoffs. He was on target during the win over Turkey in the playoffs on November 12, 2005. The defender was part of the 23-man list for the World Cup in Germany and he started all the three group games alongside Patrick Muller and even scored the first goal in the 2-0 victory over South Korea for the Swiss team’s third group match. Senderos will miss the rest of the tournament after he suffered shoulder ligament damage and broke his nose during the Korea game.

Senderos captained the Swiss senior national team for the first time during the international friendly defeat to Italy on February 6, 2008. The centre back was unable to stop the result, a 2-1 loss to England. Senderos played just 55 minutes of the friendly clash with the Three Lions before being replaced by Stephane Gritching.