Xherdan Shaqiri has said that Liverpool perfectly suit him and he is prepared to play for them in any of the frontline positions. The Switzerland international joined the Reds from Stoke City during the summer transfer window and he has since made a couple of cameo appearances for the club from the substitutes’ bench. 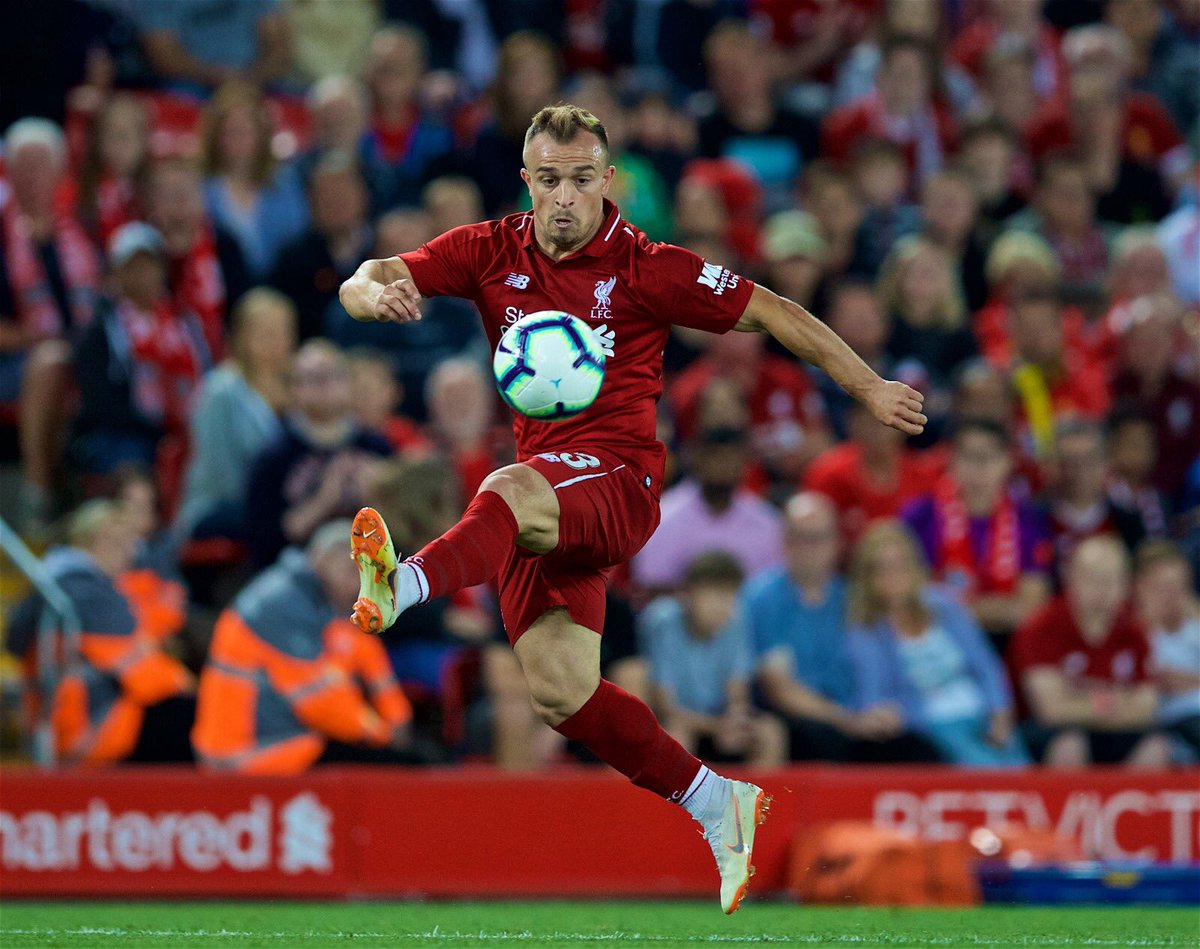 In a report covered by Liverpool’s website, Shaqiri acknowledged that signings were made during the summer to increase the competition for places and he is looking forward to making an impact with the Merseysiders, he said: “The manager has brought a few players in this summer with very good quality who are going to help a lot.

“This team needed a little competition in various positions because that makes you better and makes you stronger so I am looking forward to the season and we have started very well.I believe that I can play every position along the frontline and the coach knows that. That’s really good and I like the football the way the coach plays. It is perfect football for me too.”

Shaqiri joined the Reds from Stoke City during the summer after they decided to trigger the relegation break clause on his contract. He thereafter impressed in pre-season where he scored a sublime bicycle kick against Manchester United but with the new campaign having begun, he has been restricted to a bench role.

Nonetheless, Klopp is certain to rotate the squad when the congested schedule begins starting from September and this should witness Shaqiri feature more often from the starting lineup. Liverpool’s players are now expected to go through the international break but thereafter, they have a tough schedule with the likes of Tottenham Hotspur, Paris Saint-Germain (Champions League) and Chelsea (League Cup and Premier League) to face during the month of September itself.